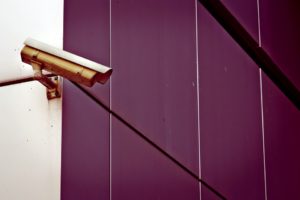 Security cameras are a great addition to your home – they provide an extra level of protection, especially when linked with one of Engineered Alarm’s security systems.  If you’ve never had a security camera before, however, you may have a great number of questions.  Here are a few of the most frequently asked questions we get about security cameras, to help put your mind at ease.

What Types of Security Cameras Are There?

Can Video Footage Help Me In A Crime?

Video footage can help police identify and apprehend burglars and intruders – and can be used as evidence in prosecuting offenders.  The camera itself can serve as a deterrent – criminals are reluctant to target buildings they know to be under surveillance – but the footage itself is where the true value in a camera lies.   It’s important to have an HD camera here, preferably 1080P – that allows police officers to better identify faces and evidence.

Sadly, cameras designed to work indoors rarely work in outdoor environments.  If you place the camera outdoors, they’re often not properly weatherproofed, and can cease to function quickly in Toronto’s harsh winter weather.  You may think you can get around this by placing them indoors and pointing them out a window, but this generally doesn’t work well either – the camera focuses on the window itself, or a mark or smudge on the window, rather than activity outside.

Proper Security Is So Important For Peace Of Mind.

We are religious sisters and about two years ago we needed to protect our home because our neighbourhood is not very safe. We leave in a big house with too many windows and doors. The Priest from our Church recommended us to call Engineered Alarm Solutions Inc. (EAS) because they have done the security systems at the Church. We called EAS for an estimate. They came to check our home and explained to us all the options we had and provided an estimate. We also had other estimate from a different...

After moving into a new home, we needed a reliable security system to keep our family safe. We contacted Gabriel for a full alarm system, home automation, and security cameras. He met with us in person to ensure we understood the services and how everything worked. As an engineer by trade, Gabriel gave us comfort in his expertise and superior knowledge in the field. No sales pitch, just honest work and guidance on how to best protect our home. We now have a top of the line system, apps installed...

From initial contact until completed installation Engineered Alarm Solutions Incorporated were outstanding. I was provided with several options to choose from. A professional technician installed a new system in my home within 2 days of making the decision to upgrade my home security system. The service was prompt and the installation went ahead without issue. The price was very reasonable. I would highly recommend this company to anyone looking to install a security system. Art Davis Toronto

I would like to thank the whole team at Engineered Alarm Solutions for giving us such a great experience! Everyone was very helpful throughout the whole process. I would highly recommend them to everyone.

Amazing job, knowledgeable and professional the whole way through. I'm happy with my security camera setup.

5 star review We used Gabriel and his team at Engineered Alarm Solutions to install the security cameras, access control, and smoke detectors at our new business location. His team was fast, professional and they delivered on everything that they promised in addition to providing good advice. We recommended him to another business a few units down from us who required an even more complex security system and have heard only good things since then. Would definitely recommend using their...

5 star review I would highly recommend Engineered Alarm Solutions Inc. if you are in need of a security system to protect what’s important to you. We recently installed an alarm system and security cameras on our property. From the initial meeting to the complete installation we were provided professional, expert advice based on our needs. Gabriel and his staff are very knowledgeable, professional, and provide exceptional customer service. I felt like family and not another client when I...

5 star review About 3 year ago we needed to install Security Cameras to protect out Church located at Jane and Finch area. We called Engineered Alarm Solutions Inc. to propose a design and a quote. We had proposals from other companies, but we chose Engineered Alarm Solutions because Gabriel was very professional, heard our needs, and based on that he proposed the most cost-effective solution to protect our premises. The technicians were very professional and made a clean and neat installation....

5 star review Upon the purchase of our house and being on a corner lot it was important that our home was secure especially with the traffic on the adjacent street. When searching for home security companies on the HomeStars site, we came across Engineered Alarm Solutions. Based on their stellar reviews, we called and spoke with Gabriel. Gabriel provided me a complete solution for my home. He provided me the essentials to secure my home without upselling to more expensive cameras. His staff...

5 star review Highly recommend Engineered Alarm Solutions for anyone wanting a clean, professional, and hassle free job. The team was great to work with before the sale, during the install, and after.

5 star review Several years ago, I hired Engineered Alarm Solutions Inc. (EAS) to install a Monitored Alarm System, Security Cameras, and Home Automation (Deadbolts, Thermostat, Lighting Control, etc.) in our new home. When we purchased the home, it came with a pre-existing security system that was frustrating to use, had recurrent false alarm issues, and we needed to find a new company to install a reliable and better quality system. Our experience with EAS was extremely positive and we have...